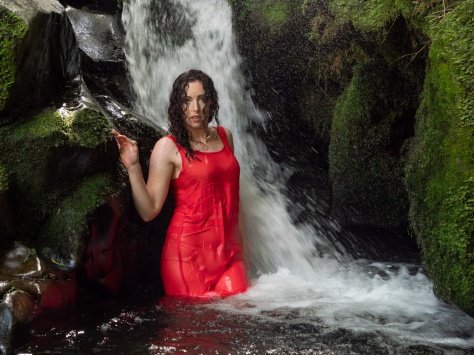 It has been nearly three years since i made the trek up the Birchville dam track to my favourite waterfall. I would have to say that after the events if this shoot it is likely to be my last there, as the day turned up one issue after another.

I had some free time so I hooked up with Katy and we decided to do a shoot with various outfits and drapes. We got to the location on a beautiful day to discover a family already then and swimming in the hole at the base of the top waterfall. That meant that we had to go further down the hill and start shooting at the bottom.

I had decided to wear a pair of water shoes that had not been worn in a while and I had not realised that the rubber in them had perished. No sooner as  I started working out at the bottom then they started to fall apart. That meant for most of the shoot I had to struggle over rocks in bare feet.

The light in the lower area was very dappled and therefore it was a struggle to keep the highlights from blowing out while still having enough detail show up in the darker areas. In the end I positioned a flash set on high speed sync to add a bit more light to Katy’s place.

One of the fabrics we had brought was a 5m length of white lace so we decided to sit Katy on the rocks on the first level and drape it down and shoot it from above. 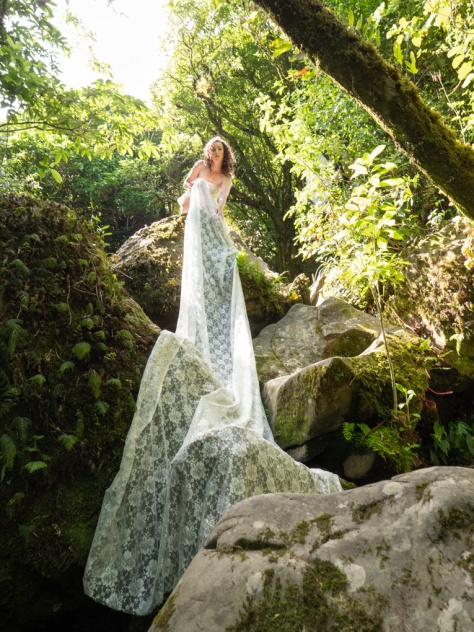 The pose and position was great but with the strong back lighting I could not see Katy’s face so I climbed up the rocks at the side to position the light on the same level as her. I was just about at the top when i branch i grabbed gave way and I fell about 2 metres onto rocks below hitting on the my right side just above the buttocks. The areas instantly swelled up but I continued to work through and get the shots.

By the time the family had left so we moved back up to the top and shot around the top waterfall. Fortunately I had been able to find out from them how deep the water was at the base of the fall so we were able to get Katy in fairly close.

We finished up with another material draped over the large rock at the top of the area. 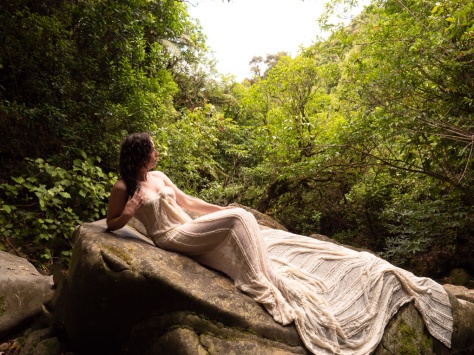 Overall I was pleased with the results of the shoot. However over the next couple of days the bruising on my back really came in and it took nearly a fortnight for it not to be sore.