Last year I took a series of images at a local waterfall with models in fabric drapes (which you can read here) and decided that this year I would work further on the series. So I posted a casting call on Facebook and got enough interest for a whole series of shoots. One thing that had disappointed me about the images from the previous series was that the underwear the girls was wearing showed through and disrupted the flow of the fabric. So this year I made it quite clear that no underwear was permitted.

The first shoot in the 2015 series took place last Sunday with Grace (who had been a make up artists on a number of my shoots as well as being my book queen). Her mum Caroline asked to come as well and I was only too happy to have her along as a extra pair of hands.

On the Saturday I went up the falls and checked that nothing had changed significantly since last year. It also gave me the opportunity to scout out the area and plan where each shot was to take place. The little falls are down a slope from the main track which in summer is very popular. Given the lack of clothing I wanted to work out how much of the shoot area could be seen from the track.

Sunday dawned beautiful and we went through three drapes for the shot. We started on the main rock with a multi colored silk. Then we moved slightly down and shot a white lace material and finally with a blue organza that I ordered specifically for this year.

The area is quite slippery in areas and as cameras and water don’t mix I tried to particularly careful.

Light was quite an issue in that in some areas there was not enough and in other too much. For some images a flash was used to add a bit of fill and in some cases it was bounced off a gold reflector to add a bit of warmth.

The next shoot in the series is tomorrow.

One of the great joys that many kids (and quite a few adults) share is blowing the seeds from a dandelion head. When I got my macro lens I did attempt several shots of the delicate arrangement designed to spread the seeds on the wind. Now static shots were great but I wanted to capture something better. A shot of the seeds actually leaving the stem.

Fortunately my wife agreed to provide the wind power provided that she was not in the shot and a local field provided us with a fine selection of specimens that were carefully brought home. Expectations were high that this would be very simple. After all it can’t be that difficult to shot.

In reality it was quite difficult. Firstly I should have realised that the seeds only come off when they are ripe or if you hit them with a gale. My wife was not generating enough strength in her blow and so we resorted to a hair blower. Unfortunately this worked a little two week. They tended to bend in the airflow rather than come off or move around which meant it was out of focus. Those that did come off simply appeared as a blur in the image.

I quickly determined that I needed to ramp up the shutter speed and we quickly got above the 1/200s that was the synch speeds on strobes. Add to that the fact that macro lens have very tiny depth of field that it was impossible to shoot them inside against the simple background I had set up. Bringing in a halogen light even didn’t help.

In the end it became obvious that we needed to shoot outside and my daughter took over the blowing duties. We finally managed to get three useable shots but they were still not as good as I would have liked.

As a footnote after the shoot someone told me that the easiest way to get the seeds to come off the head is not actually to blow across it, but to blow into the shaft (which is hollow).

On our way south from Auckland we stopped in at Wingspan in Rotorua. The centre looks after birds of prey with a particular emphasis on the New Zealand native falcon. We timed the visit to coincide with the flight show where they take a young falcon out and show it flying and catching objects.

Shown below are the best of a very poor attempt at capturing the bird in flight. I had bumped ISO to try to get as fast a shutter speed as possible but even with these trying to get more than one frame shot out of each pass proved to be a really hit and miss affair. I certainly gained a new respect for the nature photographers who produce sharp images of such magnificent birds.

Just down the road from where we were staying in Wanganui is Victoria Lake. As with my city based parks it contains a large selection of waterfowl that are not scared of people. Why would they when on a daily basis these two legged creatures show up with food.

Now all of my friends know that I do not traditionally shoot birds, so I decided to test my  ability to capture them. I put my 70-200mm lens on the camera but rather than try to capture traditional shots like the one below.

I decided that I wanted to produce more portrait types shots and get in quite close to them. The technique was working brilliantly until the battery in the camera died. 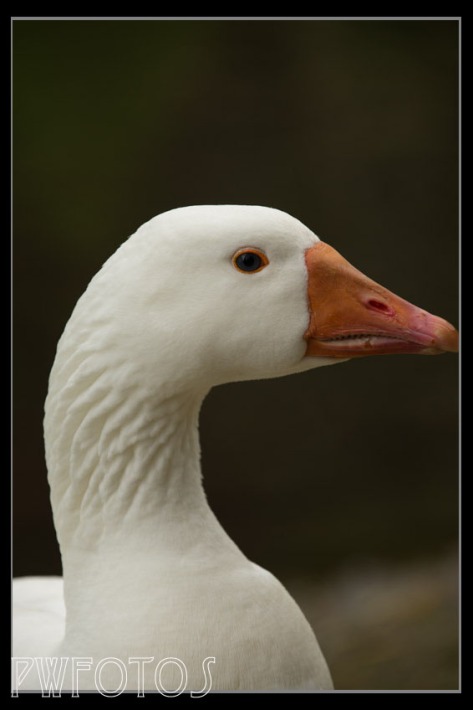