On our way south from Auckland we stopped in at Wingspan in Rotorua. The centre looks after birds of prey with a particular emphasis on the New Zealand native falcon. We timed the visit to coincide with the flight show where they take a young falcon out and show it flying and catching objects.

Shown below are the best of a very poor attempt at capturing the bird in flight. I had bumped ISO to try to get as fast a shutter speed as possible but even with these trying to get more than one frame shot out of each pass proved to be a really hit and miss affair. I certainly gained a new respect for the nature photographers who produce sharp images of such magnificent birds.

The falcon flew mainly from a perch on the building to the handler. Its flight went within inches of us each time. 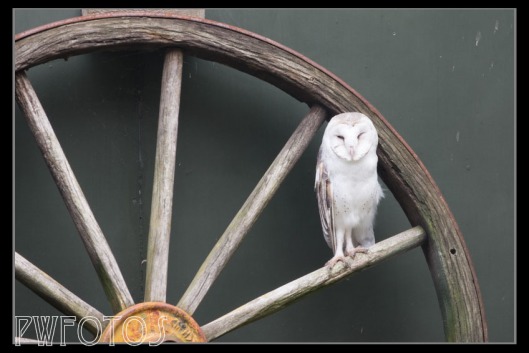 I just loved the combination of the owl and the wagon wheel. This is an Australian Barn Owl that managed to fly the Tasman but then got injured and now can no longer fly. 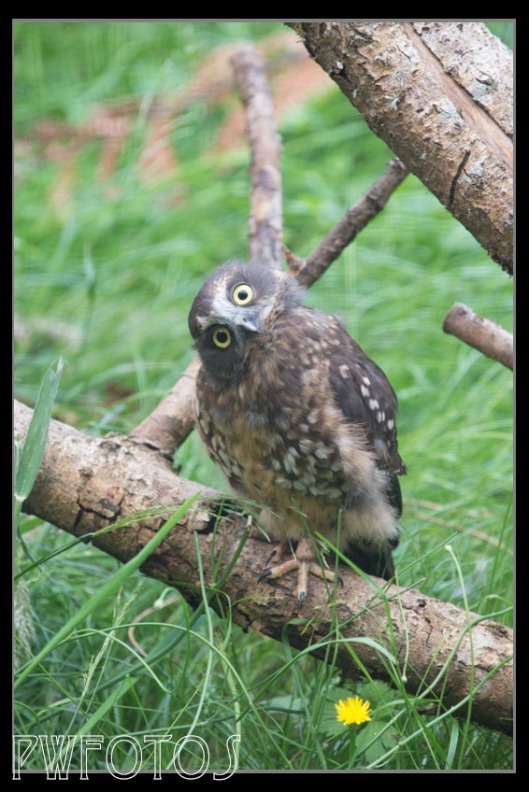 A Morepork (NZ Owl) gives a very quizzical look. These birds are normally nocturnal but this one has modified its behaviour after being born in captivity.