On the second day of the PSNZ Central Regional conference I took part is a completely different workshop that centred on Retro Pinup and was run by Ngahuia Davey at Ataahua Pinups. These are the type of pinup images that were popular in the 1940’s and 50’s that have recently come back in popularity.

The room was set up with a white seamless backdrop on one side and a red on the other. Nga has organised two models, a number of costumes and a whole lot of props. She had also provided a sheet with the most common poses used and so the groups of photographers took turns with the trigger for the lights and giving instructions to the model. As modelling lamps were turned on many of group shot without the use of the strobes.

The two models were very different is just about every aspect. Ivory was experienced in both modelling and particularly this style and so she moved effortless between the poses and even suggested her own. Sharon on the other hand was very new to modelling and was very nervous. She required quite a lot of direction and it was fairly obvious that she was not overly enjoying the experience.

It was quite a bot of fun and something that I think I would like to try further at a later stage. 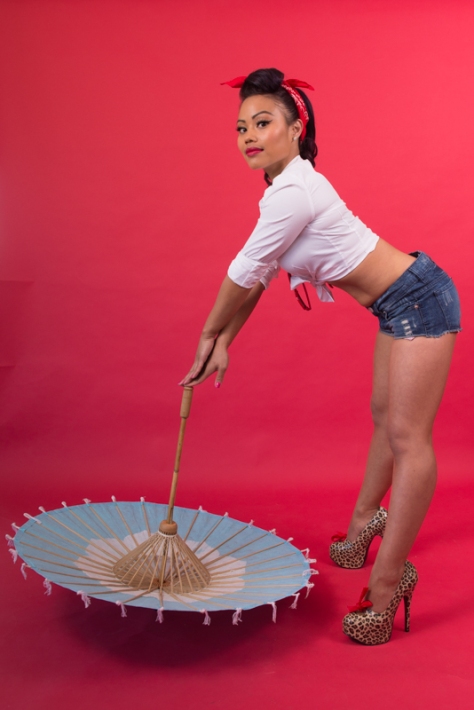 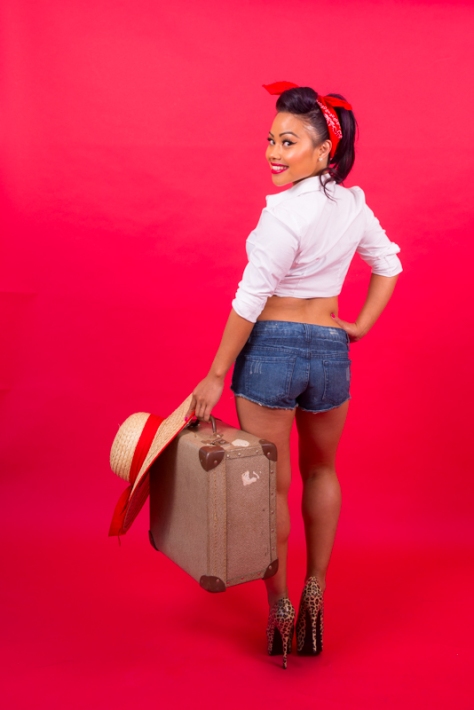 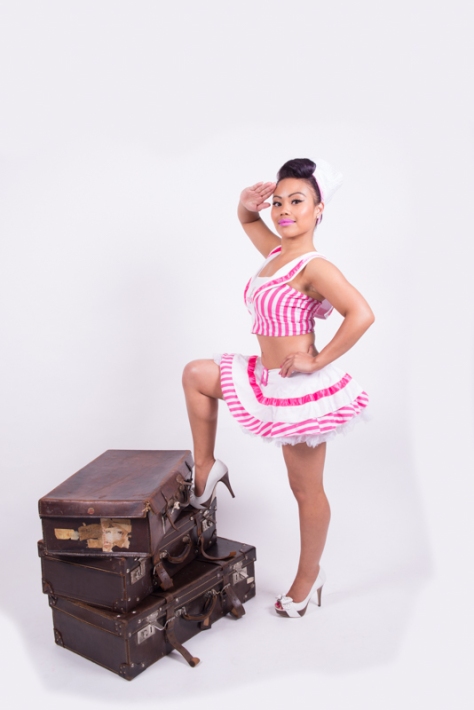