The evening that I had shot the milk water set I saw a Facebook post from Megan wanting a photographer to do a trash a dress shoot with her. She had got married on January 24 and wanted to use the flowers from the wedding before they were thrown away. I thought the small pool would be perfect and so we arranged to meet after work on Tuesday 3 February at her new place in Miramar.

It wasn’t too difficult to find the place but immediately I saw two issues with the location. The major one was that the whole section was on a slope so placing the pool would be difficult. The second was that the house was on the shadow side of the afternoon sun which meant that we would lose the light fairly quickly.

We found the least amount of slope and filled up the pool the best that we could. In reality this was no where near its capacity. When the water reached the top of the side at the lower end, it had only just managed to cover the bottom at the other. 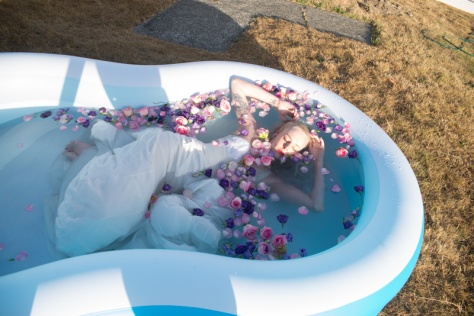 This limited how we could shoot and therefore there were very few full length shots taken. Rather they were close ups in the deeper part of the water.

As it turned out the light was an issue in that there was too much and so there was quite a difference between full sun and shade. This meant more positioning to try to mitigate the issue.

We ended up with a series of images that both of use like although I would have liked more full length shot down images but the slope really prevented those. 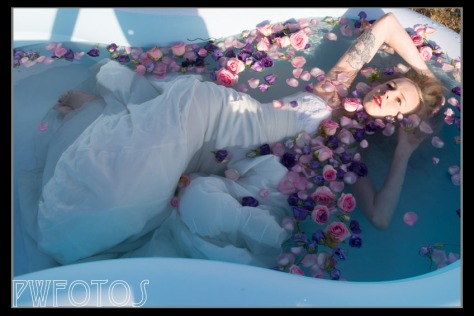 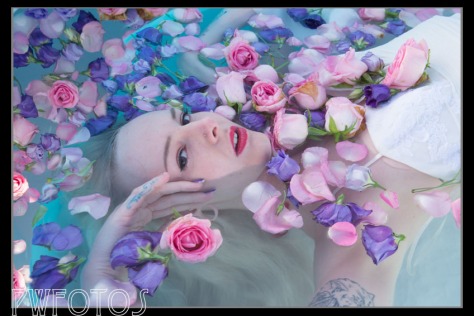 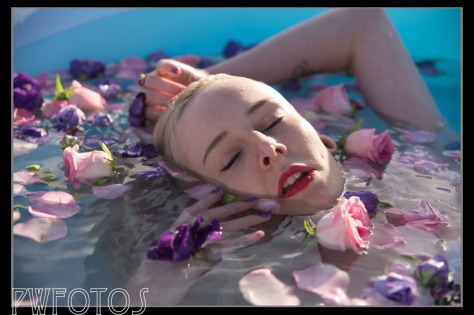 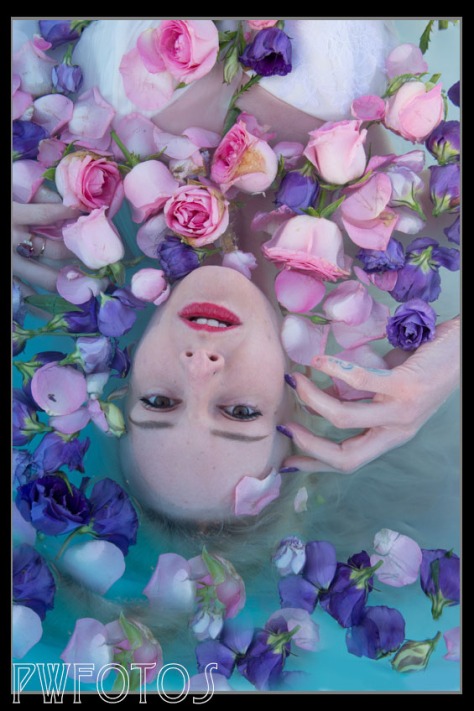