One of the best things you can hear when you deliver images to a client (especially a wedding couple) is when the bride says that she loves all of the photo and that they were exactly what they wanted.

That was Chloe’s reaction when we delivered their wedding photos last week. The wedding happened on January 24 but with their honeymoon and then the death of grandmother the actual delivery of the images was a week later than originally planned.

As we were recording the whole day, the shoot involved my wife (Vicky) and daughter (Samantha). Samantha was officially second shooter but as she hasn’t got her licence yet needed her mum to run her between locations.

Final preparation was done the night before with chips formatted, all batteries fully charged and the clocks in each camera synched as this would make it easier to work through the shots later especially in the church.

For the day I stayed with the groom and Samantha stayed with the bride. It is quite amusing when you look through the images and see how long each side takes to get ready.

We knew from the rehearsal that the church was very small and shooting angles would be tight. Having three shooters did leave us with an advantage that I could cover the front, Samantha shot from the back, and Vicky stayed outside. That way we had all of the areas covered. 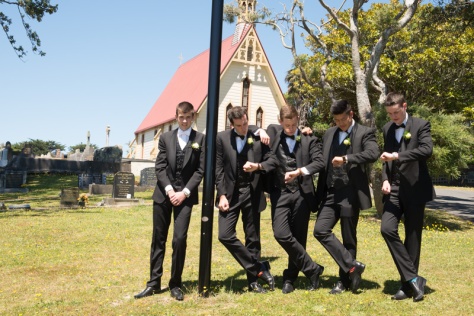 The ceremony went without a hitch and we managed to capture all of the important elements (first look, kiss, rings etc.), exactly as they happened, rather than resorting to faking the shot later.

As a guest you would not have said that the weather could not have been better as it was clear blue sky without a single cloud and warm. As a photographer I was wishing for the cloud because I knew that the moment we moved outside we were going to face issues with the light.

The family group shots had been planned to occur on a small grassed area outside of the church and we had positioned a car there to ensure that it didn’t end up being used for parking. While it normally would have been a perfect location, the light was creating such strong panda eyes and squinting that we moved everyone to the shade of a hedge.

The location of the formals offered no such shade and so I had work with using the sun at the couples back (with fill flash) or shading them in some way using a diffusion panel.  During the practise shoot my wife had been very concerned about the safety of everyone shooting so close to a main road and certainly on the day in question the cars were all travelling at 60kph. As it turned out on once you put a girl in a white wedding dress and surround her with bridesmaids the cars all slow down for a closer look, and in fact at one point the traffic stopped completely to let me get the shots. Chloe was having a great time acknowledging the toots she was getting as the cars and trucks went by.

The formals ran perfectly to time and we delivered the couple to the reception at exactly the agreed time which really surprised the management there as they were used to photographers running late.

Vicky had gone straight from the church to the reception and had photographed the venue before the guests had a chance to play with it. With the reception we tried to shoot the main elements. During the speeches I concentrated on the speaker while Samantha photographed reactions.

Once all the formalities were over we gathered on the dance floor for the first dance which started out traditional and morphed into something completely different. 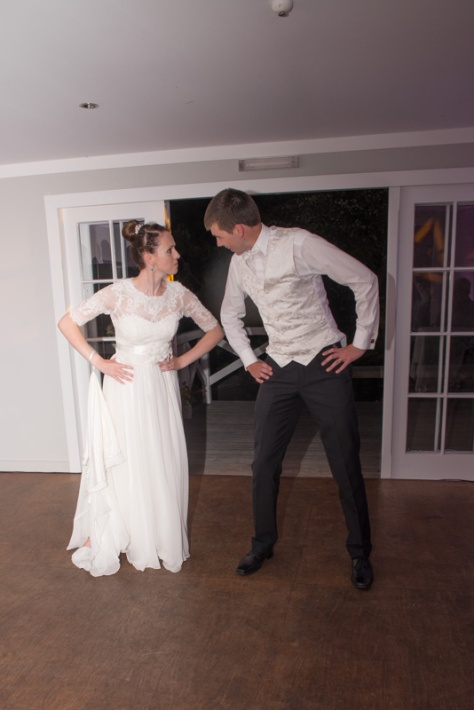 We ended the day around 10.00pm and headed home. Once I cleared the cards to the computer there was 1915 photos to worth through. They were taken into Lightroom and before anything else was done to them a backup was taken on a removable drive.

The next morning I did a very quick selection and chose 16 images that provided a snapshot of the day. These were given a quick edit and sent to the couple so that they could post on Facebook.

It was a really long day, but very enjoyable. With the planning that had been done everything went pretty much t

o plan and time, so everyone enjoyed themselves.