Those who have looked through this blog will realise that water tends to play a major part in my outdoor natural light shoots. The issue that you run into though is finding a place that is safe for the model as well as not too public so that you can try out options without offending people.

Now the weather in the Wellington region is not really conducive to outdoor swimming pools so it is not that easy to find one. However just before Christmas i saw an ad for a kids paddling pool that was 1.6m long, 600mm wide and 400mm deep. It sounded like it would be perfect as you could shoot full length in relative safety, and at only $20 was pretty cheap.

I had not actually planned any shoots with the pool when i was contacted me by Rebekkah (who I had shot before) who wanted to do a water shoot with Kristara (who I have shot on a number of occasions). They wanted the water to be cloudy so that it was only an implied nude as well as there being flowers in the water. 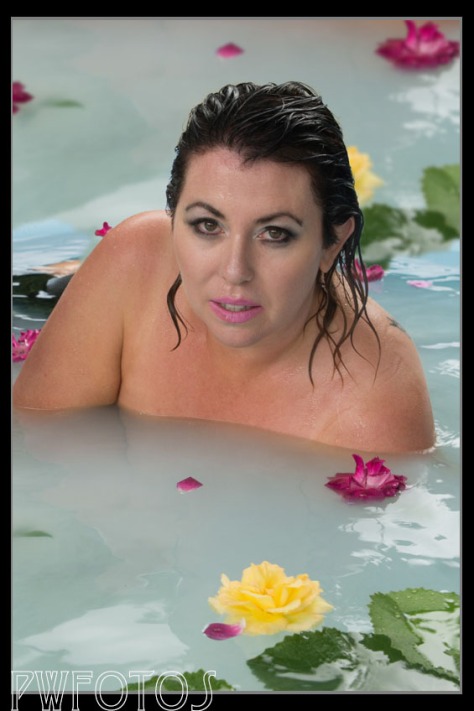 I filled the pool up two days before the shoot in the hope that the sun would have a chance to warm the water because I knew that in unheated water there is a very definite amount of time before the goosebumps start growing on top of other goosebumps.

We had had a really dry January so it was a little bit of a downer that it was planning to rain on the day of the shoot. We decided to proceed because the girls were going to get wet anyway and I knew that shooting with overcast conditions was actually better for the colours and light control than a clear blue shy day.

Now the pool holds over 500 litres of water so I was really not sure what to add to get the desired milky effect. Google was absolutely no use as it kept bringing me to examples of using a slow shutter speed to make moving water appear milky. In the end the suggestion was that simply add milk, but how much was the question. I bought a three litre bottle of full cream milk and just before the shoot starting to add it. Just over a litre produced the desired effect.

Both girls were wearing black which when we went to fuller length showed up to well so I suggested that they be removed and replaced with Grape leaves which covered very well. 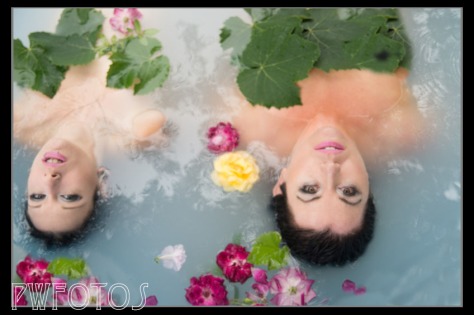 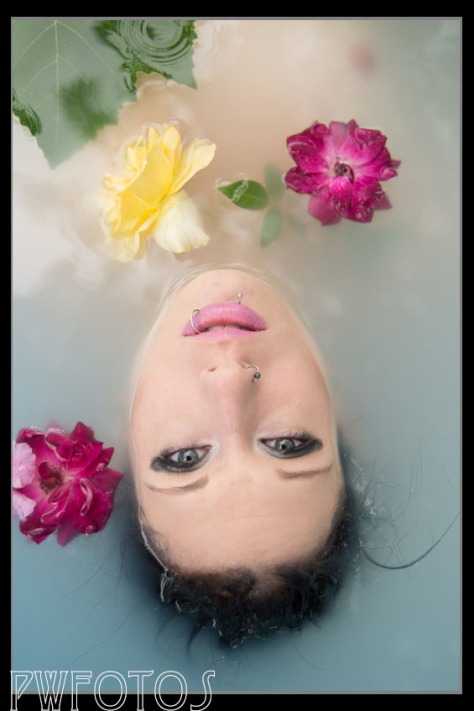 Rebekkah had also seen some shots of water running down a face so we tried that. Getting the correct amount of water flow and the angle of the head was a bit of trial and effort and it is not something you can do without an assistant.

Kristara and I had planned a nude shoot in the past which never quite timed right so before she froze I shot a full length in the water.

You may have noticed no pool edges in the images. Basically they were removed in photoshop.

I am really pleased with the way that the pool performed and the models appear happy with the finished results.