Earlier this year I attended the ImageNation conference and got to see the work of Alexia Sinclair, an Australian fine art photographer. What really impressed me was the level of staging that she did in her images. While she did use photoshop to finish the image, she went to great lengths to actually complete most of the shot “in camera”. I asked why she went to the effort rather than simply compositing the whole image. Her simple answer was that it looked better that way.

Now I do not consider myself a lazy photographer but I have not tended to go to into a great deals with my sets or costumes. Rather I have tried to find a location instead. So I thought that it would be fun to actually stage a themed shoot and Megan agreed to be my doll on the same day that we shot the crane image mentioned in the last series of blog posts.

I hired a costume from Anything Goes Costume Hire in Upper Hutt and spent the best part of two hours converting our garage into the set. The hardest part was actually moving the box into location as it was quite heavy. My daughter (who just turned 17) had kept most of her stuffed toys so they were brought out of storage along with bringing back a very large Teddy that we had donated to the kids room at our church. As I knew that little details would be important in the image I took several shots from the planned locations before Megan arrived and checked them for things in the background that would cause distractions. These were removed.

Lighting for the event was mainly natural as the garage faced towards the afternoon sun, but it was also supplemented with a main light with a beauty dish that was boomed down low so that it would reach into the box. 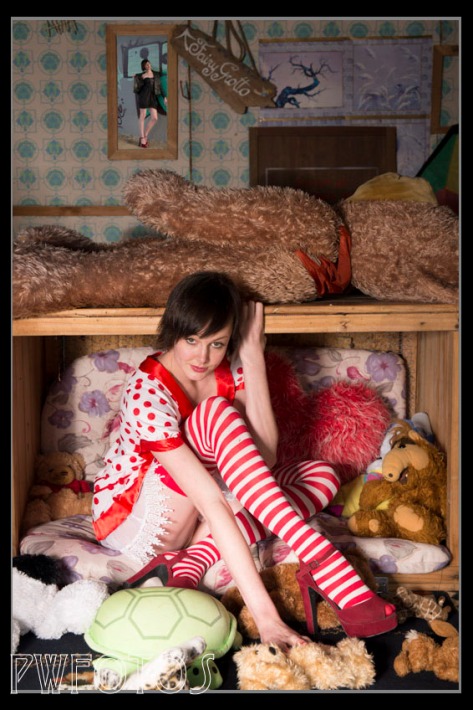 Part way through the shoot we turned the box upwards and Megan and a large assortment of toys were stuffed in. For these shots the main light was moved to point down into the box. 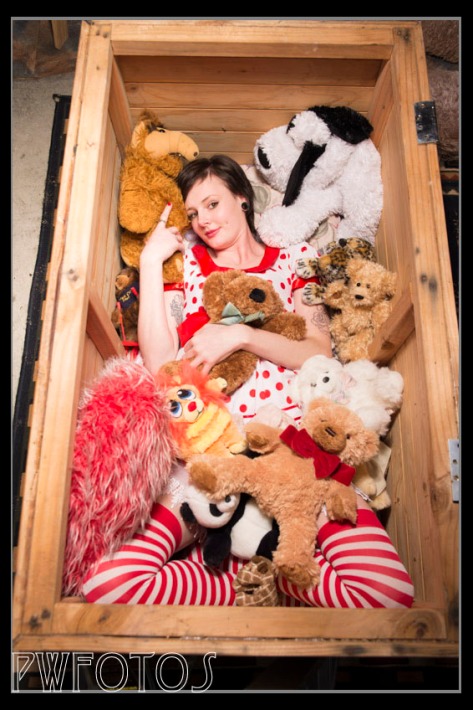 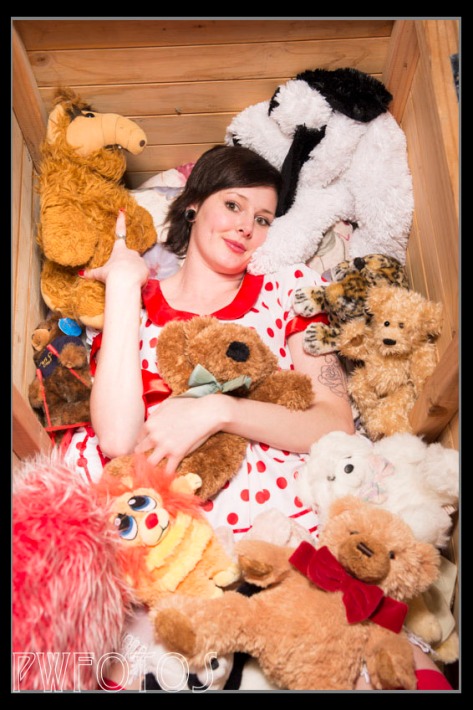 I was quite pleased with the results. Apart from the last image in the sequence below, most are pretty much straight out of camera and only needed minor tweaking to levels in Lightroom.