For some time I have wanted to get into more themed photoshoots and one that had sprung to mind is steampunk inspired. For those of you who have never heard of it, Steampunk is a role playing/costume science fiction type genre where Victorian era clothing and modern equipment  is fused. However the modern equipment is made to look like it used  the technology available to the Victorians.

Apparently there are two separate streams, namely one based on Victorian England and the other on the American Wild West.

Rather than seek out a model and hire the gear, I thought that it may be quicker to approach those people  who are actually serious about it so I found the New Zealand Steampunk group on Facebook and posted a message.

I was then contacted by one of the Wellington members and told that they were having a high tea afternoon, and I was welcome to come along. This was being held in an old villa in Island bay. I took along my speedlights and a single white shoot through umbrella which was used to provide some fill light as the room had a large window to provide natural light.

In order to create a more authentic look the images were turned into Sepia toning. I was quite pleased with this starting point. 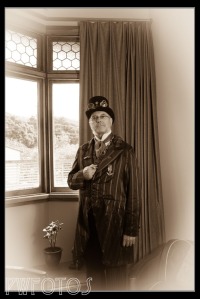 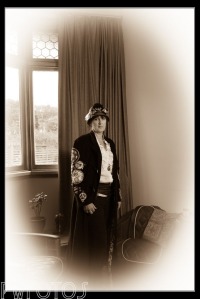 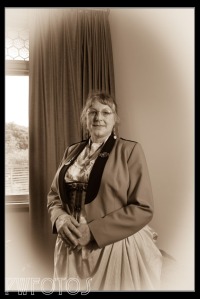 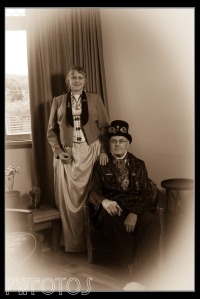 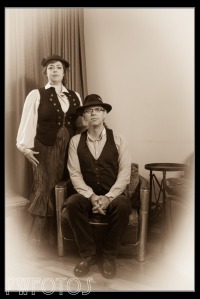 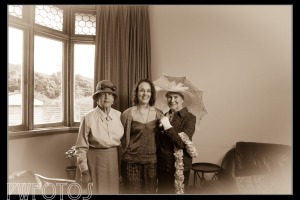 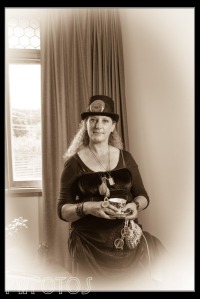 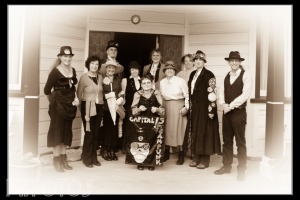