While most of my photography is done with a bare minimum of help I find that from time to time it is great to join up with other people and do a group shoot. These enable you to work with a large number of models as well to see other photographers in action.

At the end of February I joined a shoot organised by make up artist Grace Krishnan, photographers Kevin Nj and Sharyn Reeve, and models Grace, Jasmine and Stacey.

Grace did most of the arrangements for the day which was no mean feat as she was holidaying in Australia at the time and only arrived back in the country last on the night before. She was then up by 7.00am to start makeup on the models. On top of that she loaned the girls their outfits.

We had chosen Kaitoke Regional Park for the shoot. We knew that the models would be ready around noon so we needed a location that offered us shade. The contrast between ball gowns and forest also appealed.

The day went without too much hitches. We started in the forest area and then moved to the river bank. The models then got changed and while Sharyn shot Grace in the river I worked with the other two.

A group of school boys added some entertainment at one point as well. Below is a selection of images from the day. 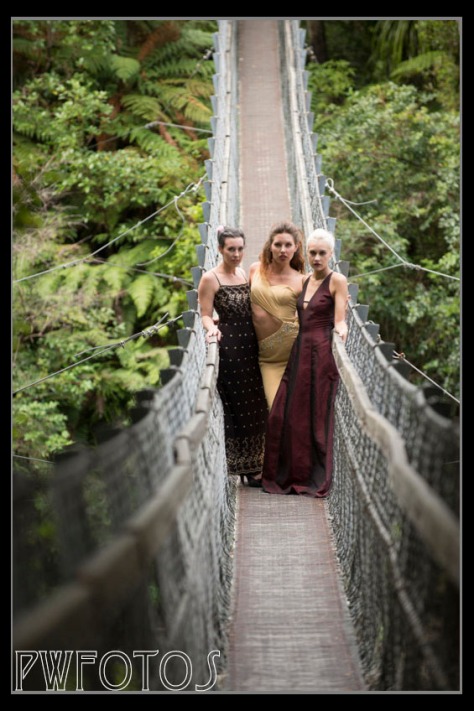