I am always amazed when I hear about wedding photographers who simply show up on the day and are very inflexible in the timeframe that they will cover.

Now I will admit that we do not photograph that many weddings a year and we certainly don’t shoot the ones we do solely for the money. As such I am willing to give as much effort in order to ensure the couple get the best service on the day. And for a wedding that starts with attending the rehearsal.

For the wedding of Hayden & Chloe the rehearsal happened on February 22 and as with most rehearsals I have attended it was a fun and happy event. Unlike the nerves that will kick in on the big day the rehearsal is often very relaxed. 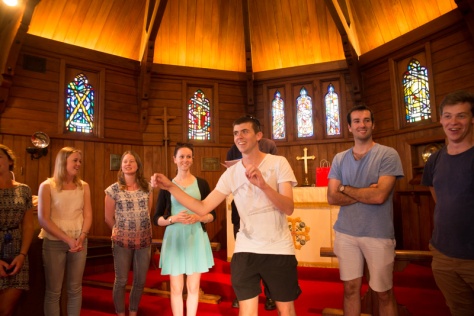 For me these are the main reasons why it is important to attend the rehearsal:

From this rehearsal I realised that it was going to be very tight at the alter and realistically the best angles for many of the activities would be from the rear which meant that my second shooter would take care of those. The Minister made no unreasonable demands, and video guys were very co-operative. We did have an issue with one camera not giving us the best results so that ended up being used outside the church only.