Last year I was invited to submit images for an exhibition at the Hutt Art Society that combined paintings, drawing and photographs of the naked body. It is intended to be run every two years and so I have started making images for the next one.

I really like producing bodyscapes so I approached Jaimee via Model Mayhem to see if she was interested to assist. We met some months ago and I went through what I was looking forward. She was willing to take part but with other commitments it was not until last Sunday that we finally managed to get together to do the shoot.

When she arrived Jaimee admitted that she had been wearing her bra all day and that it was likely to have caused marks in her skin.

Normally I would request a model remove any tight clothing at least an hour before a shoot starts so that such marks have time to fade. I had forgotten to do this with Jaimee which was a big oversight on my part.  While you can easily remove the marks in Photoshop, it does slow down the overall processing as so I generally try to ensure to limit the effect.

While the intention was to shoot bodyscapes I also wanted to try some other images so actually started the evening with a mask and petticoat. We then moved onto using lengths of fabric.

Doing the shoot in this way where we moved from essentially clothed to fully nude has the advantage that it gives time for the model to get comfortable with the session. It is very important in the bodyscape shots because quite often you are shooting close to your model. It also had the advantage in this case because it allowed  time for the marks to fade. 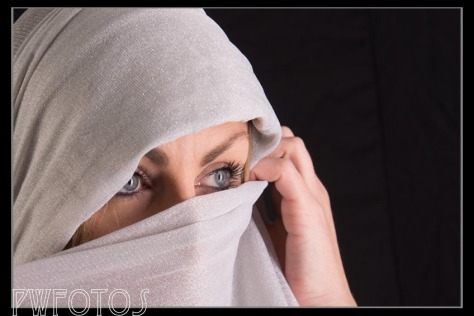 When it came time to do the bodyscapes I was using a large stripbox as the main light positioned to the side of the model. A second light with a small honeycombed grid acted as a fill light.

Towards the end of the session I had Jaimee apply oil to her body and we then sprayed her with water. It creates a really neat effect.

Jaimee was a real champion because  the evening was not that warm but she did not complain. 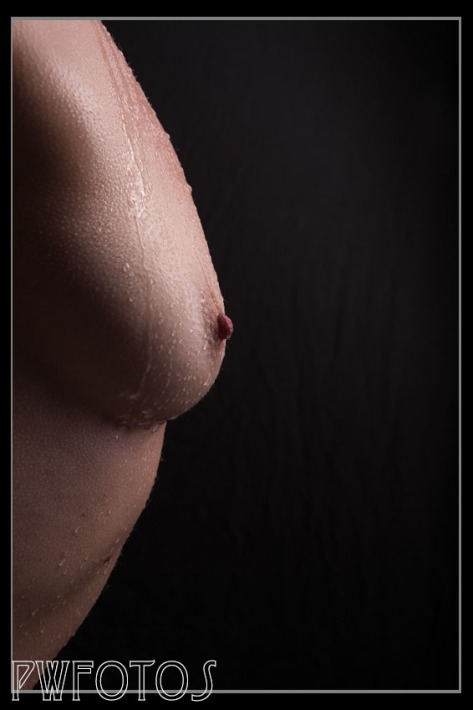 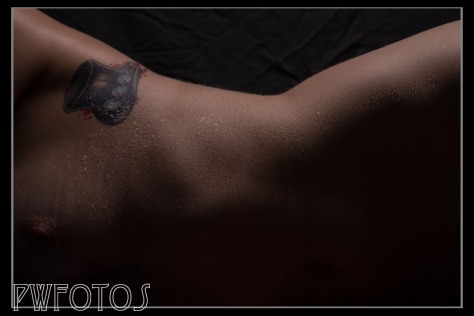